Death of a Perfect Wife by M. C. Beaton 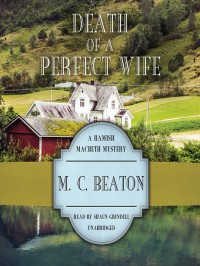 I have to say that I'm really getting tired of this Priscilla thing. I really hope Hamish is over her.

This one had some really weird judgemental stuff about Glaswegian prostitutes. It was awkward to read. It wasn't a big part of the story or anything but it was just weird. Maybe it has to do with the era in which it was written?

Overall this one wasn't anything special. I guessed the murderer although I didn't know I was right until the end and there was all the silly Priscilla stuff.